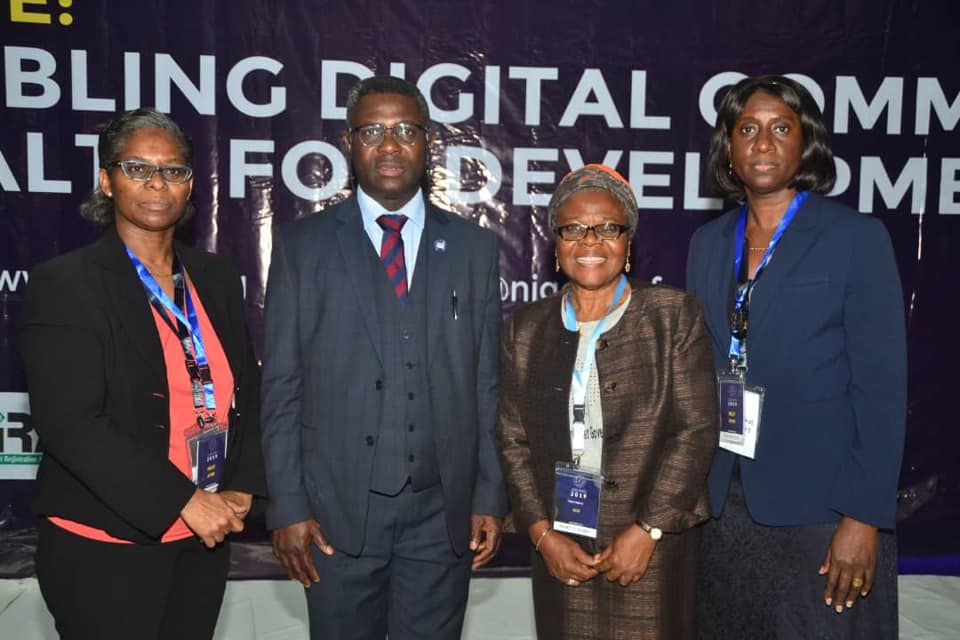 Click to view pictures.
Nigeria's Internet users, whose database hit 122 million in May this year, will be more protected online through a synergistic collaboration among various organisations and agencies of government to enthrone effective Internet governance in the country.

Addressing stakeholders at the forum, Danbatta, who was represented by the Head, New Technology and Assessment at NCC's New Media and Information Security Department, Dr. Chidi Diugwu, said the Internet remains one of the most important and critical resources in the 21st Century with potential to be used for both good and bad transactions and purporses. He noted that this objective reality necessitated the need to put some common rules in place to prevent Internet being abused against individuals, organisations and the nation. Speaking further Danbatta stated that the Commission's active participation in the annual forum underscored the importance of the 5th item of its ongoing 8-Point Agenda which focuses on Strategic Partnership and Collaboration.

With over 122 million Internet users in Nigeria, as at May, 2019 and 33.13 per cent Broadband penetration in the country, Danbatta said the Commission will not rest on its oars but will intensify efforts at putting in place an Internet Industry Code of Practice (IICP) that will spell out the minimum acceptable behaviours relating to the provision and use of the Internet in Nigeria. This is particularly important because NCC is actively promoting increased access to the Internet through the already licensed Infrastructure Companies (InfraCos) and other initiatives which are expected to heighten Internet access by the people of Nigeria.

The forum, organised by the Ministry of Communications, in collaboration with NCC, the National Information Technology Development Agency (NITDA) as well as other organisations including the Nigeria Internet Registration Association (NIRA) and the Internet Society Nigeria (ISOC NG), is also supported by DigitalSENSE Africa Media, Creative Technology Development International (CTDI), Global Network for Cyber Solution (GNC) and other stakeholders within the Nigerian Communications technology ecosystem.