NCC: Another Look At Danbatta’s One Year In Office 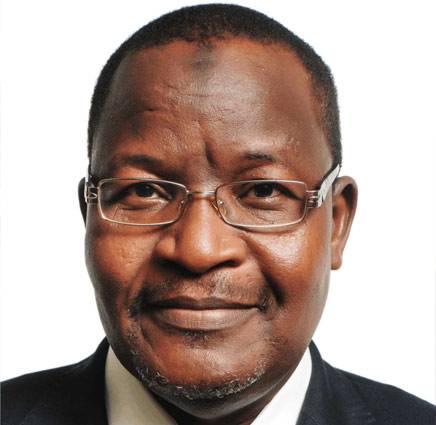 Mr. Tony Ojobo, the quintessential public relations guru in charge of public affairs of the Nigerian Communications Commission (NCC), describes it as "remarkable shift" in the history of the leadership of the regulatory body. It's, undoubtedly, not the kind of testimony that you often hear from the mouths of consummate public servants like Ojobo. Yet, there's so far been a notable consensus on Professor Umar Garba Danbatta's one year at the helm of affairs of the NCC. It's gratifyingly positive. And, it bodes well for the future of the industry.

From the Director-General of Consumer Protection Council (CPC), Mrs. Dupe Atoki, who once commended the NCC boss for "ensuring that impunity in telecom sector is beginning to be a thing of the past", to the revered Emir of Kano, Muhammadu Sanusi II, who gave him a pat on the back for "already changing the landscape of the nation's telecom regulation for the better", there has never been shortage of approval for Danbatta's leadership at the Commission.

Perhaps, that's why the massive reception organized at the weekend by the Association of Telecommunications Companies of Nigeria (ATCON), where both his performance and eulogy virtues were in display, felt like an icing on the cake. It also confirmed one thing: the Professor of Telecommunication Engineering is fast carving the industry niche for himself.

The stream of accolades, however, does not come to those who knew him before his current national assignment as any surprise. They would tell you that Danbatta came to the job well-prepared. He also combines that with high level of integrity befitting of the ideal President Muhammadu Buhari's recruits.

In the last couple of months, NCC has carted home a basketful of prestigious, international awards. For instance, the Commission had recently beaten 63 other countries to European Society for Quality Research (ESQR's), European Award for Best Practices 2016 at a ceremony held in Brussels.

This was only few days after the NCC emerged as African Regulator of the Year at the African Information Technology and Telecoms Awards (AITTA) in Ghana. Danbatta himself has been decorated with similar silverwares. He is the 2016 Telecom Personality of the Year, a recognition given to him at the 12th Nigeria Telecom Awards. Just recently, the NCC boss was also recognized as Regulator of the Year by African Leadership Magazine in New York.

Yet nothing, perhaps, provides a better, concrete proof of Danbatta's eventful one year in office than the impressive statistics the industry keeps churning out, as revealed by the National Bureau of Statistics (NBS).

Needless to say, the figures the industry pulled off coincided with period of slow growth in the other sectors, amid daunting economic challenges the nation is faced with. But providence often throws this kind of gauntlets on the path of great leaders just to bring the best out of them. Former CBN Governor, Sanusi was so celebrated across the world for shielding our banks against the pitfalls of global meltdown.

It's thus gratifying that the telecom sector is showing this resilience despite the recession. When the NBS posted the contribution of telecom industry to the GDP for first quarter of the year, Danbatta assured Nigerians, "We are poised to do more in the subsequent quarters". He's been proven right.

According to the NBS's latest data, the telecommunications sector's contribution to the gross domestic product (GDP) in the second quarter of 2016 was N1.580trillion, or 9.8 per cent, which represents an increase of 1.0 per cent points relative to the previous quarter. The industry contributed N1.4 trillion to the GDP in the first quarter.

Space won't permit an elaborate recap here of all the major milestones garnered by Professor Danbatta in the last one year, but suffice it to note that many are of the opinion that the unveiling of his 8-Point Agenda, which is in line with strategic vision of the Commission, was the turning point. It was what actually laid bare the kind of leadership the industry would expect.

Nonetheless, the sheer tenacity he's displayed in the improvement of contentious issues affecting Quality of Service and the nation's quest to attain 30 per cent broadband penetration in the year 2018 has also earned him plaudits.

Indeed, Danbatta has raised the bar on stakeholder engagement at all levels. He has engaged the Governors' Forum to push the National Economic Council's resolution on multiple taxation and multiple regulations. The advocacy has been paying off. 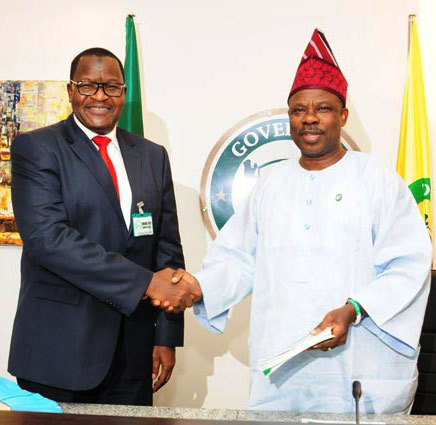 When he arrived Ogun State few weeks ago, no fewer than 47 base stations belonging to IHS, were under lock and key. He was able to resolve the contentious issues, which led to sealing them at a one-on-one meeting with the state governor, Chief Ibikunle Amosun. The governor also reduced ground rent fee owed from N370 million to N120 million, courtesy of the visit.

Deepening of broadband penetration is the leading component of Dabatta's 8-Point Agenda, but how has he fared in that respect?

The answer, interestingly, is provided by the former Minister of Communications Technology, Dr. Omobola Johnson - the initiator of the formation of the National Broadband Strategy. In July 2016 performance report, she averred that from July 2015 to June 2016 broadband penetration in Nigeria grew from 10% to 14 %. Again, the ITU-UNESCO Broadband Commission for Sustainable Development's September 2016 report indicates that Nigeria's penetration has reached 20.95%.

Significantly, the NCC has articulated a regulatory framework that will enable strategic and systematic licensing and deployment of broadband infrastructure across the country. It has also set up a Broadband Implementation Monitoring Committee within the Commission to give proper assessment and regular appraisals of the plans.

However, while the Commission has fine-tuned the Infrastructure provision licenses awarded for Lagos and North Central Zones, five remaining zones under the Open Access Model would soon be awarded as already notice has been placed on the Commission's website.

In a bid to ensure quality of service to consumers, a high level task force has been set up by the commission to identify all the issues militating against quality of service in the networks. The reports of that committee, including those of the Telecom Industry Working Group, are being religiously implemented.

The commission has also encouraged the re-farming of various frequencies to improve their efficiency. Spectrum monitoring has been improved to ensure sanity in the industry, resulting in the realization of more than N47 Billion within the period.

And in a bid to promote ICT innovations and investment opportunities, the commission has approved the acquisition of 100% shareholding of Visafone Communication Limited in favour of MTN (Nigeria) Communications Ltd; renewed efforts in type approval of equipment as well as intensified support and innovations among the academia and the youth.

On the facilitation of strategic collaboration and partnerships, the NCC has hosted stakeholder consultations including the National Roaming Consultation, Meet the Regulators Forum. Framework for regulation of Value Added Service (VAS) has been unveiled. There are also licensing of frequencies, Industry Working Group (IWG) on Short Codes, Collaboration with the Commonwealth Telecommunications Organization (CTO),

Telecoms Regulatory Board of Cameroon, MoUs with other government agencies like NESREA, the Nigerian Police, Nigerian Consumer Protection Council, CPC, NITDA, and other agencies of government.

In the same vein, the consumer has received a great attention under Danbatta's leadership of the NCC. Apart from significant efforts to empowering consumers through educating them, the introduction of "Do-Not-Disturb-Code", a dedicated short code: 2442, which enables the consumer to opt out of SMS platforms to which they did not subscribe was a novelty that's been greeted with jubilation by all and sundry.

Of course, there's a lot of hard work demanded especially at this teething stage of the directive, but the commission is not resting on its oars on account of the evident string of laurels. No doubt, Danbatta came to an industry that is acclaimed for accomplishing so much; but due to its dynamic nature there still is so much catching up to do. He has so far matched high-sky expectations with stellar performance.

Yakubu Musa, Special Assistant (Media) to the EVC - NCC, wrote in from Abuja.