The Board of the Nigerian Communications Commission (NCC) has paid an official condolence visit to the family of Ahmed Joda, former Board Chairman of the Commission, in his country home in Yola, Adamawa State. Alh. Ahmed Joda passed on Friday, August 13, 2021, at the age of 91.

The NCC delegation was received by family members of the late Chairman led by his eldest son, Alhaji Ali Joda at the deceased's Yola town in the Yola South Local Government Area of the state.

Speaking during the visit, Akande, who presented a condolence letter from the Hon. Minister of Communications and Digital Economy, Dr. Isa Ali Ibrahim Pantami to the family, paid glowing tribute to the late Joda, and eulogized him for leaving indelible footprints on the sands of the nation's telecommunications industry.

He said the telecom industry and by extension the entire economy have benefited immensely from the solid foundation laid by the Joda-led NCC Board from 2001 to 2010, during which the sector recorded landmark achievements in terms of the Global System for Mobile Communications (GSM), which revolutionized the telecommunications landscape in Nigeria.

Amplifying the voice of Akande, during the Commiseration visit, Danbatta described Joda "as an exceptional individual", adding that the remarkable role played by Joda had helped in transforming the NCC from what it was back in 2000 to what it is currently.

According to Danbatta, the NCC is known across the African continent and beyond as a foremost and world-class regulatory agency. He said the sterling status achieved by NCC was due to the commitment, hard work, diligence and exceptional leadership demonstrated by Joda when he held sway as NCC Board Chairman for 10 years.

“No amount of praise and tribute will be adequate to capture the immeasurable contributions of Baba Joda to the telecommunications industry in Nigeria in general, and to the Nigerian Communications Commission in particular. Baba Joda is leaving behind a robust legacy that will live after him, as he is today credited with the GSM revolution in Nigeria”, Danbatta said.

“Arising from Baba Joda's exceptional vision and robust leadership, the NCC recorded landmark achievements such as the construction of NCC's Head Office in Maitama, Abuja; the NCC's Communications & Digital Economy Complex (CDEC), Mbora, Abuja, as well as the establishment of Digital Bridge Institute (DBI), among others. These are some of the remarkable achievements recorded during his time as the Chairman of the Board”, he said.

In an emotion-laden voice, Prof, Danbatta noted that Baba Joda was a father to him, describing his death as a great personal loss. He recalled how, recently, from his sick bed, Baba Joda painstakingly wrote the foreword to his (Danbatta’s) Compendium of Speeches entitled “Catalysing Nigeria’s Socio-Economic Transformation through Broadband Infrastructure”, due to be launched soon.

Danbatta, led the delegation in prayers for the repose of the soul of the deceased. 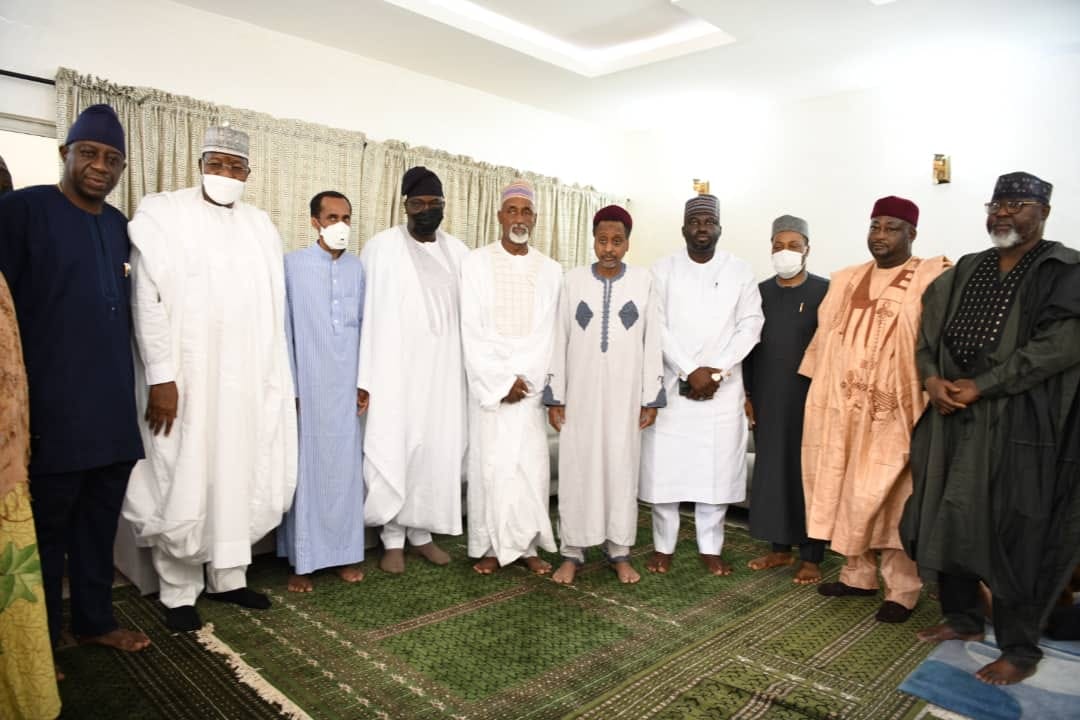