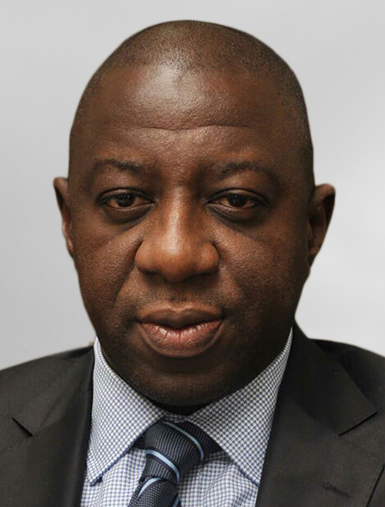 Over a career spanning 30 years, Adeleke has served in numerous private and public institutions of repute in Nigeria and the United Kingdom. He served as State Commissioner for Special Duties and Inter Governmental Affairs in Ogun State from 2015 - 2019. Prior to that he was Special Adviser (Research & Documentation) to the Governor of Ogun State (2011-2015), where he coordinated the Fast Track Recruitment of 10,000 workers during the first 100 days of Senator Ibikimle Amosun led administration. Between 2005 and· 2007, he worked as a Special Assistant on Legal and Legislative Matters to the Senate President in the National Assembly.

An experienced project manager and legal practitioner, with vast, hands-on knowledge of the implementation of Reform and Social Investment Programmes, Adeleke has direct experience managing multi-party stakeholders and high-level representation from the government, the private sector, multilateral agencies and international organizations including the Bureau of Information Communication Technology {ICT). He has served as liaison with the National Economic Council (NEC), Nigerian Governors Forum (NGF), Progressive Governors Forum (PGF), D.A.W.N Commission and the South West Governors Forum.

As Ogun State Commissioner for Special Duties, he managed the implementation and performance monitoring of the French Development Agency (AFD) funded Ogun Water Sector Reform project. In his capacity as the State Focal Person for the Federal Government of Nigeria's Social Investment Programme (SIPs), he coordinated, mobilized resources and managed stakeholder relationships with partner institutions and engaged over 2000 women as Food Vendors under the Home Grown School Feeding Programme that provided a hot meal daily to over 200,000 primary school pupils. He also coordinated and monitored the placement of over 18,000 unemployed graduate youths under the Npower Graduate Employment programme.

Adeleke attended Igbobi College, Lagos and Abeokuta Grammar School, Abeokuta. An alumnus of the University of I£e. (now Obafemi Awolowo University {1981- 1985), he was called to the Nigerian Bar in 1986 and began his legal practice in the Chambers of Prince Bola Ajibola S.A.N & Co. He undertook the Qualified Lawyers Transfer Test for England & Wales at BPP Law School, Holborn, London in 1998 and was admitted as a Solicitor of the Supreme Court of England & Wales in 1999.

He has travelled extensively across four continents of the world and remains a staunch proponent of the global economy and believes that the continuous growth of the digital economy in Nigeria will be a major factor in the attainment of sustainanble development for the country.

Adeleke is married with children.