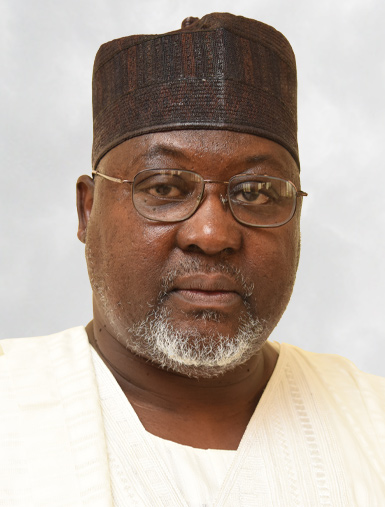 Following his graduation with a Bachelor of Engineering (B.Eng.) - Electrical from the Ahmadu Bello University (ABU), Zaria in 1982, Eng. Ubale Maska proceeded to Rivers State University of Science and Technology in Port Harcourt where he served as a teaching and laboratory assistant in the Electrical Engineering Department as his National Youth Service Corps (NYSC) primary assignment.

He returned to ABU afterwards in 1983 as a Graduate Assistant in the Department of Electrical Engineering in 1983, and was later promoted to Assistant Lecturer in 1986. During this period, he pursued and obtained a Master’s Degree (MSc.) in Electronics and Telecommunications from his alma mater.

Engr. Maska joined the National Universities Commission (NUC) in 1989, leaving in 1997 as Head of Hardware & Networking Division after also having served as Head of the System Administration Team of the NUC’s computer network, and representing the NUC on the steering committee of the Nigerian Internet Group (NIG). While at the NUC, Engr. Maska obtained his second Master's Degree, this time in Software Systems Engineering from the University of Sheffield in the United Kingdom, gaining experience in the design and deployment of automatic control systems as part of the Master's programme in Lunen, Germany. His education continued following his return from the University of Sheffield with training courses in systems integration and structured cabling, which took him to TNSI (Canada), MIPD (USA) and several other institutions.

Engr. Maska next joined the Petroleum Equalization Fund (Management) Board (PEFB) as Manager in charge of its Management Information System (MIS) in May, 1997, where he spearheaded the development of various software packages to meet the needs of all arms of the fund and the training of more than half the workforce of the PEFB in basic computing skills. He also led the planning of the PEFB's computerization project for deploying Local Area Networks (LANs) in the Fund's Abuja and Lagos offices and other smaller installations in 22 NNPC depots across the country and connecting all networks together into a Wide Area Network (WAN) via satellite.

Following his stint at the PEFB, Engr. Maska moved to the Nigeria Social Insurance Trust Fund (NSITF) in October 1999 as a Deputy General Manager in charge of Information Technology where he was responsible for all computing facilities and the LAN deployment and networking of the NSITF's Northern offices.

In 2001, Engr. Ubale Maska joined the Nigerian Communications Commission as a Deputy Director (Engineering Directorate - now Spectrum Administration Department). He was part of the team that pioneered the Spectrum Administration procedures and processes in respect of commercial Spectrum in Nigeria and the creation of a Spectrum Pricing Structure for the nation. He was also a member of the team responsible for the initial automation of Frequency Management Records, the establishment of the initial National Frequency Allocation Table in accordance with the ITU's recommendations and participated in the resolution of several frequency interference issues. Notably, he represented the NCC at the International Telecommunications Union (ITU) – World Radio Conference (WRC), 2003

He then moved to the Technical Research & Standards Directorate where he participated in the preparatory meetings of the ITU – World Telecommunication Standardization Assembly (WTSA), 2008. He was then appointed Head of Cyber Security in the newly created New Media & Information Security Department, where he initiated the process of establishing the Computer Emergency Response Team (CERT) for Nigeria, and also initiated collaborative relationships with numerous International bodies, most notably the United States Federal Bureau of Investigation (FBI) on Cyber Security issues.

Engr. Maska was then posted to head the Compliance Monitoring and Enforcement Department in 2011, where he spearheaded the formation of the Industry Working Group on Multiple Taxation/Regulation in Nigeria, and was promoted Director of the Department in 2012.

Engr. Ubale A. S. Maska is a member of the Nigerian Society of Engineers and is happily married with children.