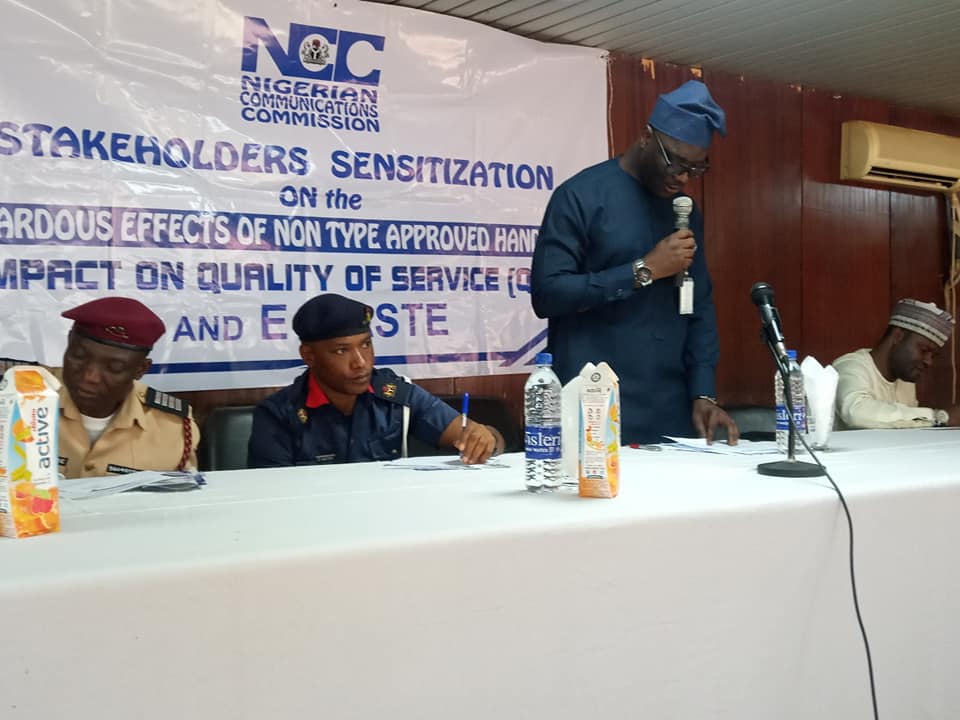 Ilorin, the Capital of Kwara State, on Thursday, played host to the Nigerian Communications Commission (NCC), where officials of the Commission educated and sufficiently sensitised the consumers in the State to the dangers of counterfeit/substandard telecom devices in the country.

At the "Stakeholders Sensitisation on Hazardous Effects of Non-Type Approved Handsets: Impacts on Quality of Service and E-Waste" held inside the Conference Room of the Federal Government Secretariat, Fate Road, Ilorin, the Commission took time to address all the questions raised by the consumers relating to poor services, misconceptions on electromagnetic radiation from base transceiver stations (BTS), 4G/5G networks, among others.

Consumers were also educated on the socio-economic and environmental challenges which patronage and use of counterfeit and substandard mobile devices pose to the consumers themselves, to government, to quality of service (QoS) and quality of experience (QoE), to public safety and health, Foreign Direct Investment (FDI) drive, electronic waste (E-Waste) issue, among others.
Addressing the audience at the event, Amina Shehu, NCC's Director, Zonal Operations, said, as part of its commitment to ensuring that consumers enjoy services provided by their networks, the Commission constantly ensures that all equipment used in the industry are type-approved so that consumers can get value for their money.

Shehu, who was represented by Clem Omife, Assistant Director, Zonal Operations, NCC, noted that the public concerns regarding the proliferation of non-type approved handsets and other terminal equipment in Nigeria has far-reaching consequences on QoS.
She said it was in response to this that the Commission found it imperative to educate the general public on the menace of using non-type approved, counterfiet and substandard handsets.

"Consequently, we are here to educate telecoms consumers in Kwara State and its environs on the importance of using type-approved equipment including handsets and the appropriate disposal of the equipment," she said.
Explaining further, Shehu averred that, in line with the Commission's clear mandate to ensure acceptable QoS Standards from service providers, "Consumers are enjoined to not patronise equipment that are not type approved by the Commission for this aim to be achieved."

Shehu highlighted the advantages of using type-approved equipment like handsets to include improvement in QoS, network integrity, safety of end users and protection of telecoms networks from getting connected to terminal devices that are counterfeits and are capable of impacting the networks.
She, however, noted that non-type approved handsets can have negative impacts such as dampening the QoS, QoE, damaging the integrity of the networks as well as posing adverse health and environmental implications to the country.