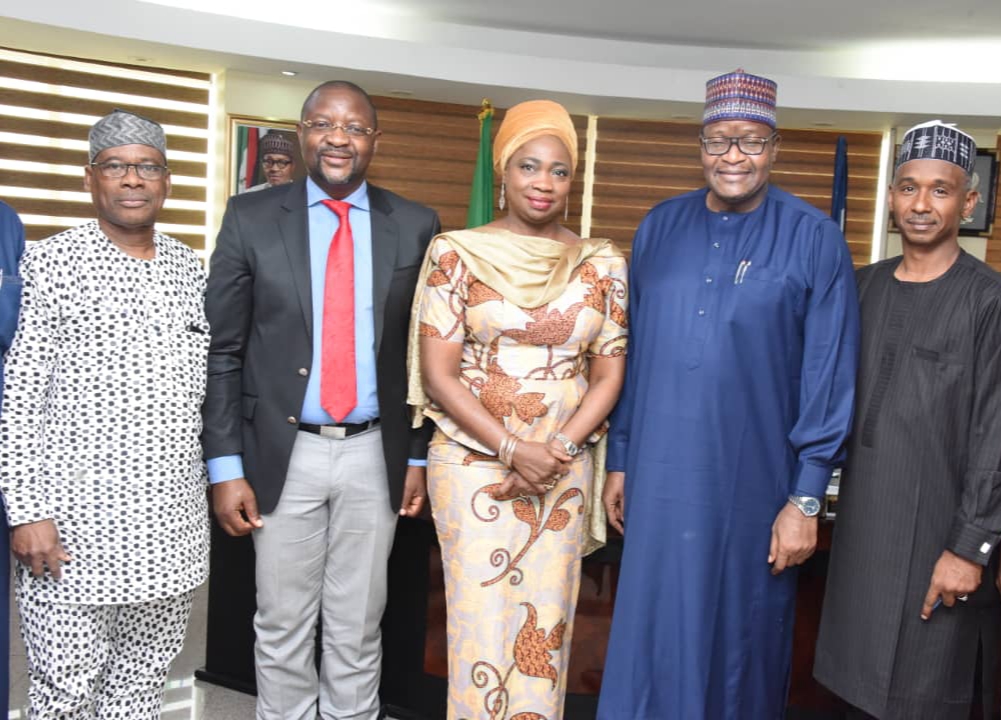 Click to view pictures.
The Executive Vice Chairman of the Nigerian Communications Commission (NCC), Prof. Umar Danbatta has said by licensing Infrastructure  Companies (Infracos) to deploy and cascade fibre optics to the rural areas, NCC is promoting investment in capacities which is at the heart of and necessary condition for digital transformation.

Danbatta stated this when he received Honourable Abike Dabiri-Erewa, Director General of the newly established Nigerians in Diaspora Commission (NDC) who led a delegation from NDC on a courtesy visit to NCC this afternoon.

The NCC Chief Executive told his visitors that each local government of the Federation will have at least a connection point from where further cascading into the hinterland will be undertaken. He described the project - for which seven (7) Infracos have been licensed - as one of the biggest projects ever instituted in the communication sector. Danbatta affirmed that because digital transformation programmes also have human capacity components, the NCC is determined to support human resources development in preparation for the use of the infrastructure resources.

Dabiri-Erewa, who was earlier received by Sunday Dare, NCC's Executive Commissioner Stakeholder Management, said her team was visiting NCC to understudy the Commission in view of NCC's spectacular achievements, to solicit support and to explore areas of collaboration and partnership especially in tackling perception issues in the international arena as well as improving investment opportunities into the country.