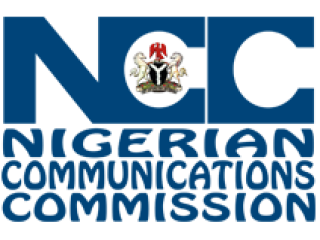 
The Nigerian Communications Commission (NCC) has clarified that it has recently re-aligned the computation of the country’s teledensity with the latest population figure of 190 million given by the National Population Commission (NPC), up from the 140 million population of 2006.

Following the re-alignment, which is also in line with the International Telecommunication Union (ITU)’s calculation of teledensity, the Commission arrived at a teledensity of 91 per cent by the end of March, 2019.

This is just as active subscriber base for the month of March increased to 173.7 million from 173.6 million in February, 2019.
Telephone density or teledensity is the number of telephone connections for every hundred individuals living within an area.
Hitherto, teledensity in Nigeria was calculated using the 140 million population official figure of 2006 against the prevailing monthly subscriber base.

According to the Commission, as at February, 2019, when the 140 million population figure was last used and benchmarked against the active subscriber base of 173.6 million, the country’s teledensity stood at 124.05 per cent.

With the regulatory re-alignment by the NCC, teledensity for the country as at end of March, 2019 was put at 91 per cent. This is based on the rebased population figure of 190 million against active subscriber base of 173.7 million.

Explaining further, the Executive Vice Chairman of NCC, Prof. Umar Garba Danbatta, said the clarification on teledensity calculation has become necessary to avoid misinterpretation of the re-alignment to mean a reduction in teledensity.
“Rather, the teledensity actually did not reduce because in March, active mobile subscriber base actually increased. So, what has happened is a re-alignment of the teledensity calculation with the rebased population figure of 190 million against the prevailing monthly subscriber base, which is a more realistic figure for the country in light of the latest population figure,” Danbatta said.
The EVC said “this clarification is to accurately inform telecoms operators and telecoms investors, who must be provided with realistic and accurate figures needed for their day-to-day decision-making process. The clarification will also bring other stakeholders such as academia and industry researchers in tandem with the updated teledensity.”