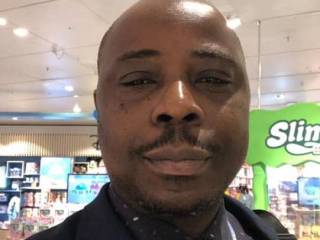 Click to view pictures.
"James Kunle Olorundare of the Technical Standards and Network Integrity Department of Nigerian Communications Commission, recently in Lagos won the ‘Best Regulatory Engineer of the Year’ at the Beacon of Information and Communication Technology (BOICT) Awards.

“After an exhaustive search conducted by an independence team, we came to the conclusion that Olorundare should be awarded the ‘Best Regulatory Engineer of the Year’” said Mr. Ken Nwogbo, Founder and Chief Executive Officer of Communications Week.

Nwogbo added that the Best Regulatory Engineer of the Year’ was added to the categories of awards this year because the essence of the BOICT is to encourage excellence and innovations in the ICT industry.
Meanwhile, a visibly surprised Olorundare said receiving the Best Regulatory Engineer of the Year’, which is coming a couple of days he was promoted to the cadre of Senior Manager at NCC, goes to show he is doing something that is being noticed by stakeholders in the industry.

He disclosed that he received the notification of the award few weeks ago and wondered how the organizer got to know about him. “For me, this is the handwork of God. I never knew about the existence of the award, but was surprised to receive a letter that I have been nominated and subsequently won,” he said.
He dedicates the award to his immediate family and the Nigerian Communications Commission’s family, noting that the award is a boost to work harder and ultimately, help boost the growth in the ICT industry.

Engr. James Kunle Olorundare has more than 15years post-graduation direct experience in the field of engineering. His career started at Standards Organization of Nigeria before he moved to Nigerian Communications Commission. He studied Electrical & Electronics Engineering from The Federal University of Technology, Akure. He did his Masters in Communications Management at Bucks New University, England and came out with Distinction. In 2018, he was elected to the Senior Member cadre of the Institute of Electrical and electronic Engineers, New York"